standard-title About What is the history and story of Troop 105 in Hartford, Connecticut? 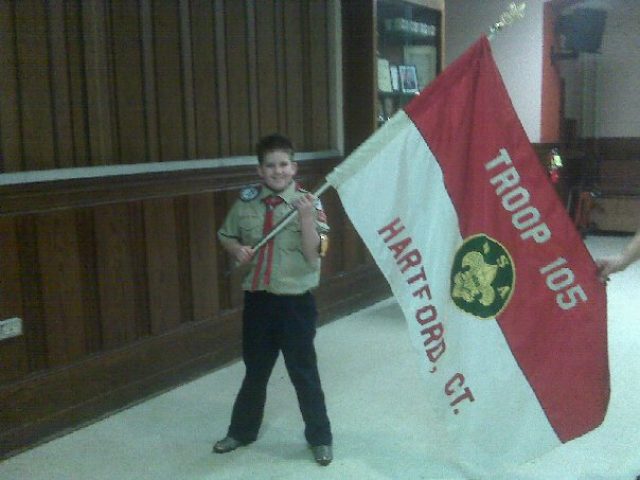 One of Hartford's oldest and most active troops, over the years Troop 105 has built a Hartford Veterans Memorial, marched in parades, honored Mayors and Governors, served at homeless shelters, revitalized parks and community gardens. Meetings every Thursday at the St. Lawrence O’Toole Church in Hartford, under the direction of Scoutmaster of Alan Long Boy scout troop 105 continues to add to the vitality of Hartford.

The strong generation past and heart of the city drives the troop to what it is today. 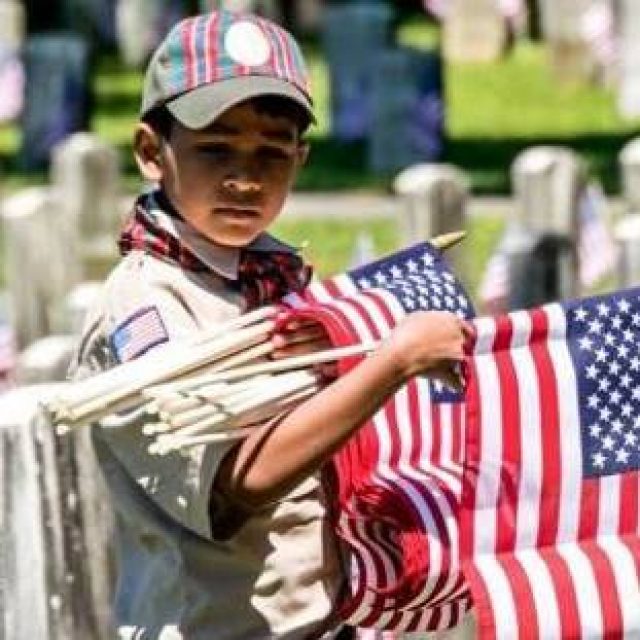 The core of the Boy Scout program is its advancement. With a clear track of work and diligence, a boy scout can move from scout to Eagle.

The troop has been home in Hartford, Connecticut for almost 100 years! This has been engrained in the generations of scouts and pushes it forward.

The fact that a boy is an Eagle Scout has always carried with it a special significance, not only in Scouting but also as he enters higher education, business or industry, and community service. The award is a performance-based achievement whose standards have been well-maintained over the years. Not every boy who joins a Boy Scout troop earns the Eagle Scout rank; only about 4 percent of all Boy Scouts do so. This represents more than 1 million Boy Scouts who have earned the rank since 1911. Nevertheless, the goals of Scouting—citizenship training, character development, and personal fitness—remain important for all Scouts, whether or not they attain the Eagle Scout rank.

Advancement, one of the eight methods by which the aims of Scouting are achieved, has four steps through each award level. First, the Scout learns. Much of his learning comes from other boys in his patrol or troop and by active participation in troop program. His patrol activities are directed toward the skills he needs. Every troop hike, camping trip, or other activity offers potential learning experiences. A Scout learns to pitch a tent by pitching one, to use a compass by finding directions, and to cook a meal by having to prepare and eat it. Second, the Scout is tested. The specific requirements determine the kind of testing. Verbal testing is sufficient in some instances. In other instances, a Scout must demonstrate his skills by doing. Third, the Scout is reviewed. The purpose of the review is to ensure that all requirements for advancement have been met. This includes a check of the Scout’s attitude and practice of the ideals of Scouting, in addition to his Scout craft skills. The decision regarding whether a Scout has met the required standards to qualify for rank advancement begins with the troop and, for the Eagle Scout rank, is approved by the district, local council, and finally, the National Council. Fourth, the Scout is recognized. The final step in advancement involves presentation of the badge, usually at a ceremony before the entire troop. 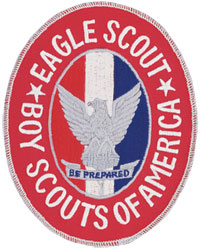 Over 30 eagle scouts have gone through the Troop 105 Boy Scout program. Making it one of the largest and most successful troops in the country.

Troop 105 welcomes new boys, their parents, and anyone in the local community who wants to contribute to the boy scout vision and mission of developing boys to become great men.